Nissan Figaro LHD for the USA and Canada

The Nissan Figaro has long been a very collectable retro classic and in the last few years Canada and of late, the USA, have joined the list of countries that can import the beautiful convertible classic. Manufactured in 1990 / 1991 it was producd just for 1 year and a limited production of 20,200 vehicles to celebrate the 50 year anniversary of Nissan. The car was only produced as a right hand drive auto, much to the displeasure of left hand drive countries throughout Europe and of course Canada and the USA. Algys Autos junior Company, Figs4u, are the premier Nissan Figaro supplier and have for some years converted and supplied a limited number of Left Hand Drive Nissan Figaro for sale to Europe and the USA. The work to do the job is huge and therefore costly, hence why no-one else attempts the job, it is also of course very skilled work. Figs4u are taking orders for the next short batch of 4 Figaro shortly and, as usual, the batch is expected to be taken up very quickly. The Left Hand Drive cars have re-sold on the open market in the USA for as much as $40,000 which is double the cost of the original cost from Figs4u direct. In Europe too one of Figs4u LHD Figaro was recently re-sold for over 30,000 euro, again making the owner a healthy profit. 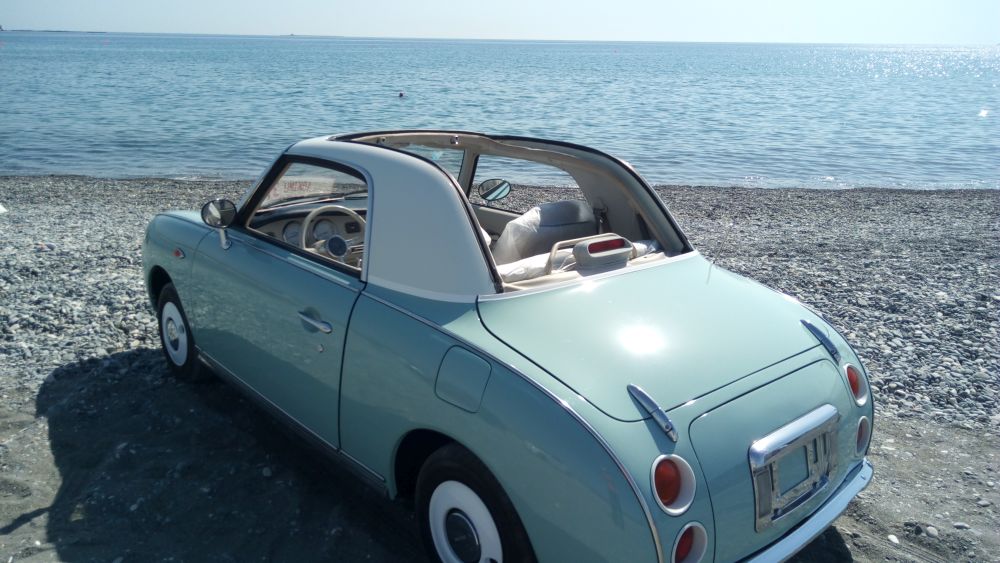 The last Left Hand Drive batch for 2018 is expected to retain the same price and not be increased from the $20,000 price tag delivered to the destination USA Port. Prices next year are however expected to increase as the demand and difficulty in obtaining the cars in Japan increases.